Are chatbots a new AI-based features

Are chatbots a new AI-based features?

No. There have been conversational chatbots for decades.

Many failed attempts to create a chatbot that accurately mimics human interaction made in the past.

Professor Joseph Weizenbaum of MIT created Eliza, the first chatbot ever created, in 1966 with the intention of interacting with humans as a therapist. After Eliza,

numerous chatbots created, including a parry by American psychiatrist Kenneth Colby in 1972, a jabberwocky by developer Rollo Carpenter in 1988, How easy is it to build my own chatbot

What channels do you have for chatbot support

Are your chatbots multilingual

inquiries should a chatbot be able to handle

How long does it take to implement a chatbot

What information sources will the chatbot use

Who will be the chatbot’s users

What is artificial intelligence in a chatbot 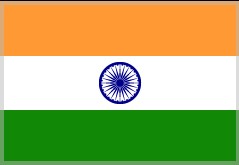